In March I was lucky enough to work on the new comedy written by Gabriel Jones called Ealing Broadway. It featured as part of a showcase of new writing called “Soggy Brass” at the Southwark Playhouse arranged by South London-based theatre company Velvet Trumpet. We had very little time, just two short rehearsals and some quick fire line runs on the night before showdown but we were led by director Sharon Burrell so were in very safe hands.

A few show photos and some information on the play and company: 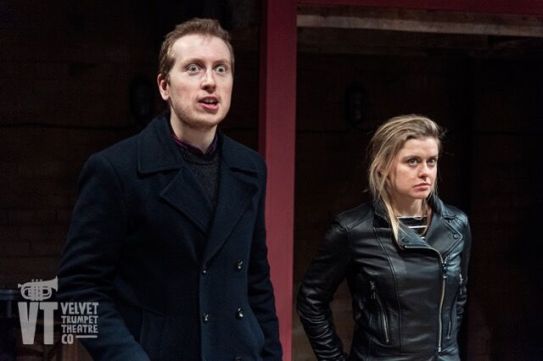 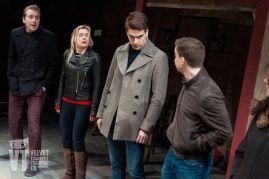 Ealing Broadway is a comedy about four dumb tube passengers (who all believe they are the smartest person in the carriage) and their unfounded existential fears.